When you arrive in Palermo, I hope you get to know the Sicilian people before you leave. That’s gonna be easy because Sicilians are open, friendly and do they love to talk!

Italian may be the official language, but the locals have their own version, and one of the words you’re gonna hear every time you talk to someone, is Tascio. 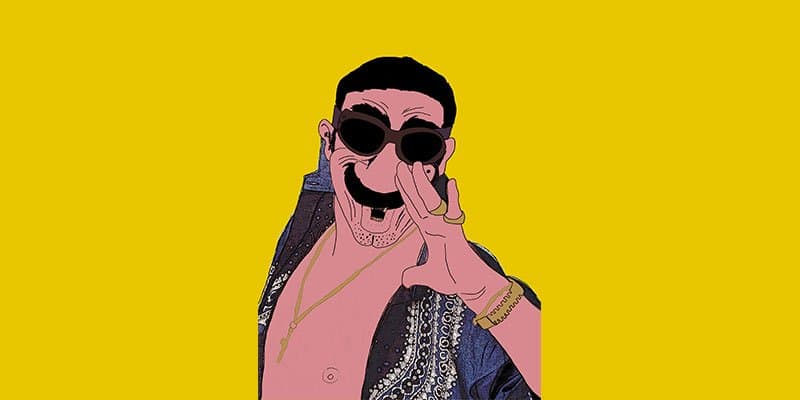 Tascio? Put away that little dictionary. You won’t find that word in any dictionary. tascio is only a part of the bright and colorful Sicilian dialect. Even a local might have a hard time explaining. But no problem!

I, your obedient host, Don Tano, am happy to be able to explain this enigmatic word to you.

So what exactly does tascio mean then? Well, a tascio might be loosely translated as a boorish villain. Tascios are uncivilized. They’re rough, unrefined and have no elegance or style at all, If Sicily had a caste system, tascios would be at the very bottom. It’s that bad.

Well, I said you won’t find tascio in a dictionary, but there’s a fun Sicilian encyclopedia with the clever title of Siculopedia.it.

Here’s a definition tucked inside the Siculopedia.

A tascio is a person who suffers from an unfortunate form of aesthetic blindness that originates in the brain. From there it goes on to affect the organs that control the five senses. This means that a tascio of any gender or age will be completely incapable of seeing or understanding the differences between beautiful and terrible. A tascio can’t tell the difference between good taste and bad taste.

I call it a disease. But tascio is no disease that is inherited genetically. It’s the only disease in all of Palermo that is passed down from father to son culturally. Well, I shouldn’t have said culturally, because tascio don’t have any culture at all. Figurati! Go figure.

I’m gonna try to explain this disease to you. First, it’s a disease that attacks the brain. This causes the affected person to exhibit certain unfortunate attitudes.

Now tascios consider these uncivilized attitudes and customs to be heroic and wouldn’t dream of trying to be rid of them. While most of us feel they lack the common sense to see their social shortcomings, they have a completely different outlook.

If you try to say something critical about them, the tascios consider that as nothing but envy. After all, not everyone is able to utter a meaningful sentence by belching. Boy can tascios belch! This ability is an especially important aspect of wedding banquets.

The neurons in the head of a tascio undergo even greater damage from the use of gels and hair sprays. This not only damages the brain even more severely but gives the tascio’s air the look and texture of artificial turf. 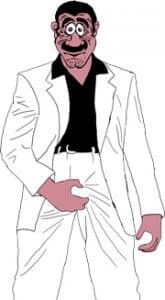 But wait! The damage doesn’t stop there. This disease affects the eyes. Because of this, a tascio becomes unable to see that the clothing they prefer is completely atrocious.

A tascio, however, looks into a mirror and sees himself as a living Adonis.

And it gets worse. After all this, a tascio can’t understand why normal girls refuse any advances. They’re forced to date only others who share their incredibly bad taste and lack of mental prowess.

This disease is also detrimental to the hearing. Because of this, tascios adore the mono-not sound (unzunzuznzunnnzzz) as a heavenly melody meant to be enjoyed while inside a car while a tascio drives around Palermo with the volume on full blast. Some say it’s audible on Mars.

The olfactory nerves are completely distorted as well. Because of this affliction, tascios love powerful odors. They go for two-liter jugs of cheap perfume as well as a heavy buildup of unwashed body sweat. To a tascio, these are perceived as sweet and heartwarming scents.

Of course, as a visitor, it is unlikely that you’ll be able to talk to a tascio. Even if you try, you’ll quickly see that they lack the ability to express themselves in actual Italian. A tascio can’t or won’t use complete sentences to express their thoughts.

Tascios spit out a barrage of completely rough and unclear monosyllables all in a single breath.

Okay, today I hope I’ve explained the meaning of tascio in a way that makes it easy for you to understand. It won’t be long before you’ll hear someone say ‘tascio’. It may be at a restaurant table when the raucous group at a nearby table belches and growls in ways you never thought possible.

Your waiter will probably nod in that direction and tell you not to pay any attention to those tascios.

That’s all for today’s news from Palermo.

Cheers. And have a great day,