Politeama and Mondello are just a couple must-see neighborhoods tourists should check out while visiting Palermo. Here are the main 12 neighborhoods in the Sicilian regional capital. 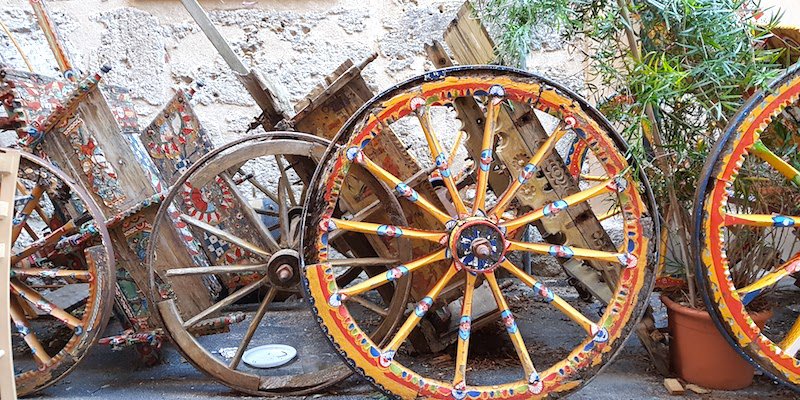 Even though it was so significantly bombed during World War II and the general management of cultural heritage for the entire city has been so horribly done, Palermo endures as one of the most impressive marvels of old civilizations.

While there have been many powerful and significant rulers of this land (Romans, Normans, Arabs, Byzantines, Swabians, Phoenicians and more), each have been almost equally represented in the city that stands here today.

Each district has its own specific look and feel, complete with unique markets and dialects. There is such a difference between each of these districts, that it feels as though you are entering an entirely new city passing from one to the next.

Even with the degradation that plagues each of these districts in its own way, they all have a beauty and significance that has tourists willing to forget the downsides.

So, with that being said, let’s get back to the quarters. The districts all have a feel of a time long before now, and that even extends to the overall urban planning of the whole city (which has a uniquely Medieval feel).

Below you will find a listing of the main neighborhoods throughout Palermo. If you haven’t booked a place to stay, have a look at the 👉best areas to sleep in the city.

The city retains the urban planning of medieval periods, and all Mandamenti (districts) maintain the feel of long ago.

Following are the main neighborhoods in Palermo.

The main neighborhoods throughout Palermo 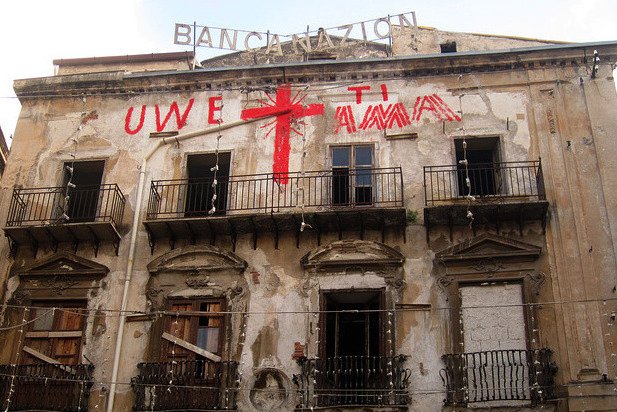 This area can be found in the historical center of the city. It is one of the oldest Palermo neighborhoods as well. One of the biggest draws to this neighborhood would be the Vucciria Market.

The major streets running through this quarter are Via Maqueda, Corso Vittorio Emanuele, Via Cavour, and Via Crispi. The name Castellammare comes from “Castello a Mare” (Castle in the Sea).

This was a reference to a fortress that used to exist here during Arab rule to protect the city’s port. In 1922, it was demolished in an effort to enlarge the port. 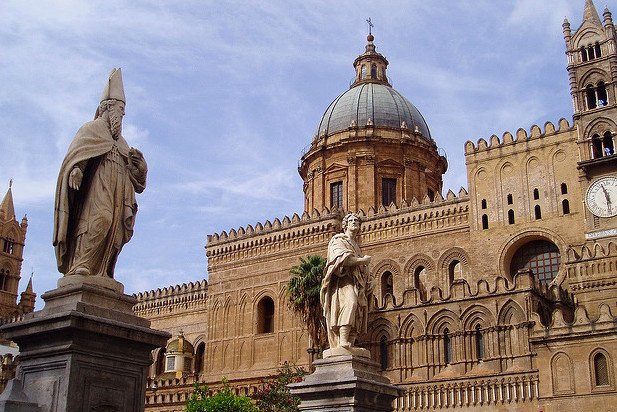 This area of the city is also known more commonly as Old Town. Its central point is Quattro Canti (Four Corners) and it has some of the most significant monuments to be found in all of Palermo.

Two must-sees are Pretoria Fountain and Palazzo Senatorio. Though there are many defacements throughout the region, it still has a distinct Baroque era look.

The Corso Vittorio Emanuele II (the oldest street of Palermo) and the Cathedral will also be found within Old Town. The street was formerly known as Cassaro in ancient Arabic times.

In the latter part of the 16th century, it would be changed to Via Toledo in honor of the viceroy who would focus on the restoration of the roadways. For only being 1.5km long, it is rich with palaces, churches, convents, hotels and monasteries. 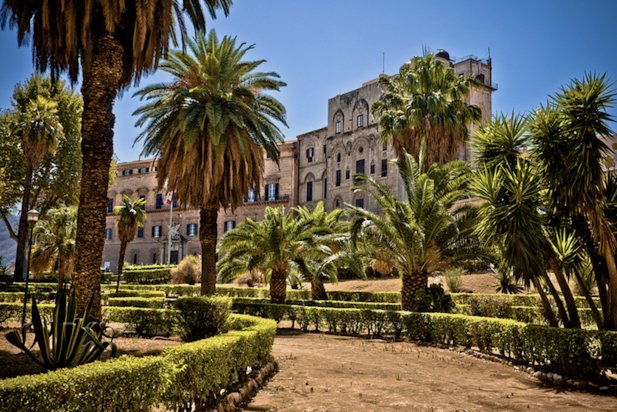 Albergaria (also known as Albergheria) is one of the Palermo districts that is very rich in history. It was not by chance that most of the political and administrative powers have set up shop within this district over its existence.

The area is home to the Royal Palace, which was the seat for many Sicilian rulers throughout history. The Kemonia River runs underground, which was given the ominous name River of Bad Weather.

The Ballarò Market can be found here, and this market itself has been around for many centuries. Most of the Ballarò area was abandoned for a long time and left to crumble away.

About a decade ago, the municipality began redeveloping the area and breathed new life into this cultural crossroad. 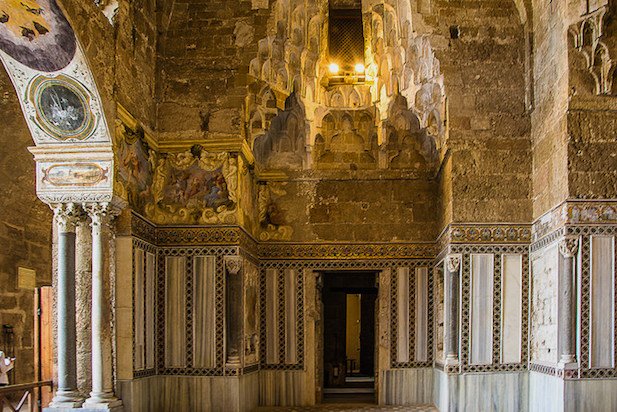 Zisa is pretty close to the heart of the city in the historical center. Years ago, this area was used as a vacation spot and hunting grounds for rulers of the time.

It houses the Castello Della Zisa, a palace that is an intricate blend of Norman and Arab architecture.

In addition to the impressive Palace here, you will find an excellent representation of Art Nouveau. This structure is known as Villino Florio, and it was constructed in 1899 from the design of Sicilian architect Ernesto Bastile for the Florio Family.

In 2005 a park was opened just in front of Zisa with many Arab-inspired fountains. 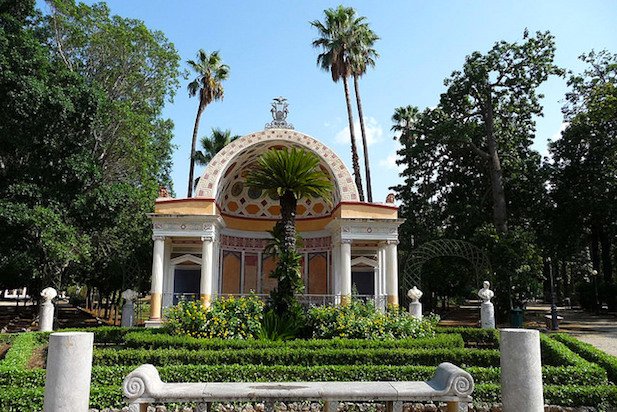 In past centuries, Palermo held Marina in very high esteem and regard. It still has a significant view with an almost constant light breeze coming in from the sea.

While the last century has seen Libertà quarter overshadowing Marina in many ways, it still has the largest green areas in the region (Foro Italico and Villa Giulia). 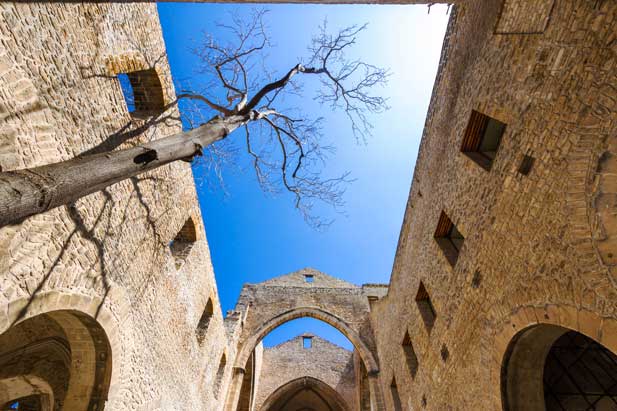 Having been founded by Arabs in 937, this was formerly the residence of the Emir. During this time the roadway system was constructed and many buildings would also be built around the entire quarter.

Kalsa come from the Arabic language meaning pure or the chosen one, which makes sense that the Emir would reside within it. The Lattarini Market is also within Kalsa, its name also of Arabic origins meaning spices market.

Though it had fallen into heavy degradation over the centuries, recent years have seen vast improvements and refurbishments to restore some of the former glory.

Fun fact: The Lattarini Market was the only place in the 60s that one could find newcomer Jeans, which cost about $0.10 in US dollars.

This district is also known as Monte di Pietà, and was also founded by the Arabic rulers that used to live here. In addition, this district is commonly known as Capo because of the famous market inside of it.

The Mercato del Capo is one of the most used and visited within the entire city. The area also has two of the major Palermo museums, Museo Regionale Antonio Salinas and Museo Diocesano. 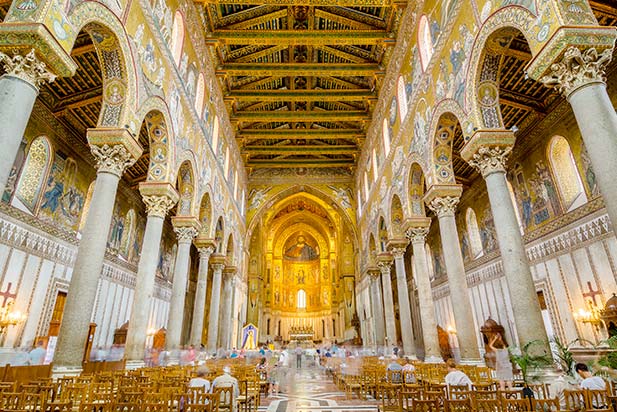 Towards the west part of Old Town you will find this dense neighborhood. In the ancient times, this area was known most for all of its cemeteries.

This also used to feature a Royal Park until the 16th century, put in place during Norman rule.

The road Corso Calatafimi is the main street through the quarter and connects Palermo to Monreale, which is the reason that this neighborhood has its name.

In the past few decades, Mafia controlled companies have strong-armed their way into building shoddy building throughout the district. This has significantly taken down its natural beauty. 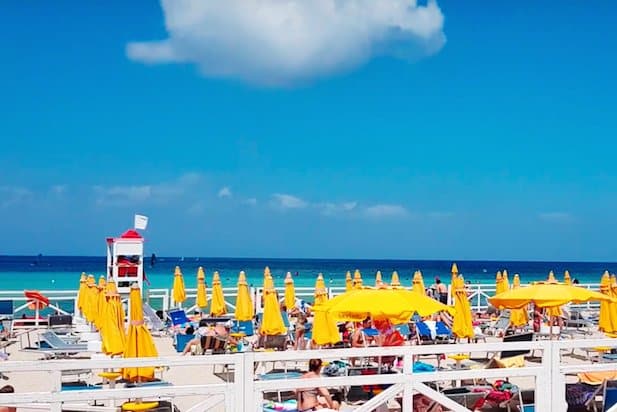 At one time this was nothing more than an agricultural village that was connected to the port in Mondello. The name of this area is derived from Partanna princes and the Gulf of Mondello combined.

The Gulf is a premiere location for those looking to get to the beach, be it a local or a tourist.

In the southwest portion of this area, you will find a small bit of Addaura. This is the oldest in all of Palermo, even going back to Paleolithic times.

This entire district has been built around the Via Della Libertà near Old Town. The road here was built in 1860, and it has hosted many amazing villas featuring expertly crafted 19th century architecture.

While today this is considered the city center of Palermo, it primarily consists of Mafia controlled structures. 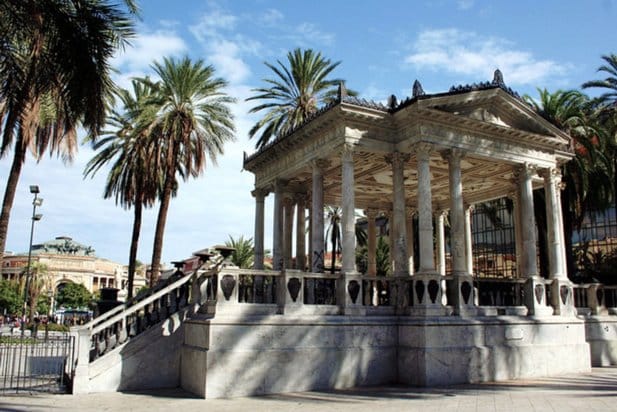 This area is named after Teatro Politeama. This entire area was defined by 19th century architecture. The entire area was developed when it was understood that Palermo would no longer need to be defended by walls.

Initially, nobility would live in this area. Soon, middle-class homes would replace the villas and be divvied out in square blocks of space.

This can still be seen through certain areas of the district, such as the old route of the station and the plant area.

This sits at the base of Mount Pellegrino. The entire area is remarkably close to the sea and the boroughs of Sampolo and Acquasanta. Since 1897, the development here has been steadily on the rise, following the construction of the Cantieri Navali.

From this point, this neighborhood would be made up of the working class. This is also the site of the annual Fiera del Mediterraneo (Fair) since shortly after World War II.

These are all of the main neighborhoods that you will find all throughout Palermo. If you are traveling through multiple districts, take a moment and 👉check out the free walking routes. These will give you a stress-free way to see all of the important sights of the city.

As always, if you have any questions or concerns, write them in the comment box below and I will be glad to help.