Today, Old Don Tano is gonna provide you with all the details about where you can (and should) find the best wineries and vineyards in Sicily. 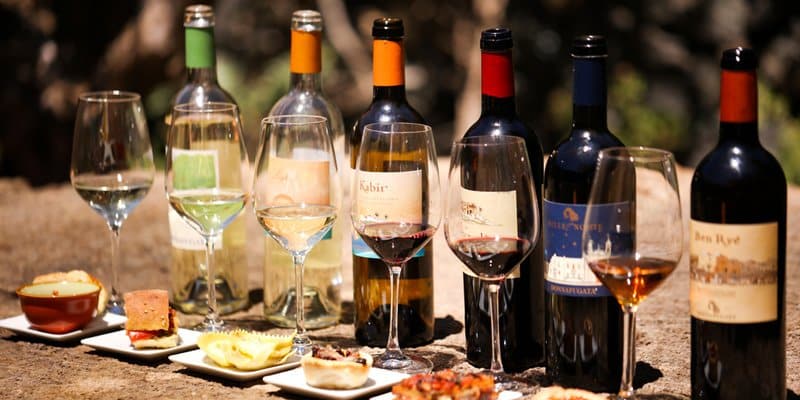 Old Tano Bongiorno here. I’m your undercover guide to this magical island that is Sicily. Right now I’m gonna take you on a wine-tasting tour to visit some of the best wineries in Sicily.

This was inspired by an email I just received. The correspondent asks about the best wineries in Sicily. That called for more than just a letter of response. I thought I could answer a lot more about our wineries in an open article than I could in one letter.

There are many, but I’m gonna concentrate only on the ones I consider the cream of the crop.

In an earlier article I wrote about the best wines in Sicily, but now I’m gonna group them according to the city so you can pass an entire day sipping and eating to your heart’s content.

Just don’t try to drive back to your hotel!

Sounds all right, eh? Allora bene. Let’s get started! That means wineries around Palermo, our home base. 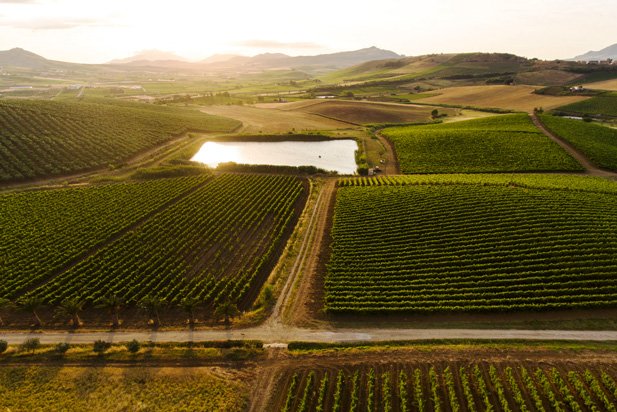 This an area especially conducive to excellent wine production. The flavors here are best exemplified by the wines around Partinico, Camporeale, and Monreale. They all produce choice wines. These are close to Palermo and constitute some of the most important wineries in Sicily.

While certain wine: have always been an emblem of quality in Sicily, others have emerged in recent years and produce outstanding white wines such as Grillo, Catarratto, and Inzolia. Their reds: Cabernet, Sirah, Nero d’Avola and Merlot are considered to be among the best. 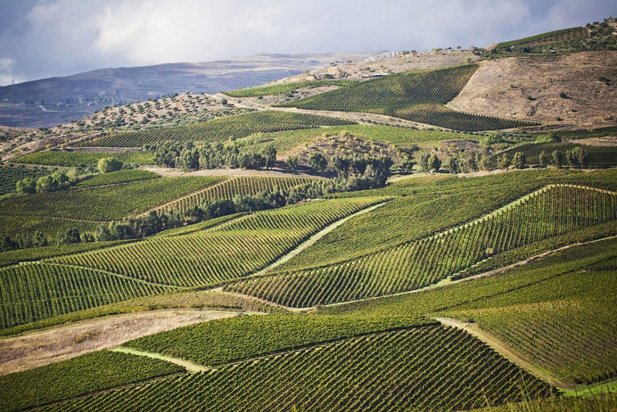 Here I’ve listed the more important wineries that combine wine and food tours while exploring the areas of wine production, winemaking methods, aging in casks, along with the tasting of wines along with typical local product:

For further information, I suggest you pay a visit to each winery’s website. 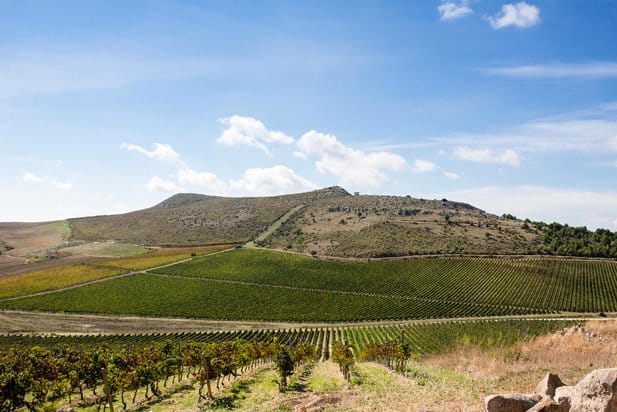 Western Sicily, especially the Trapani and Marsala areas, is characterized by its lush hills that slope gradually down to the sparkling waters of the Mediterranean Sea.

This is ideal territory for the cultivation of wine grapes. The soft calcareous soil and the sea breezes augment the finest condition for grapes. Early settlers established these wineries on the island and some of them continue to be our Historical Wineries and can be visited at any time of the year. 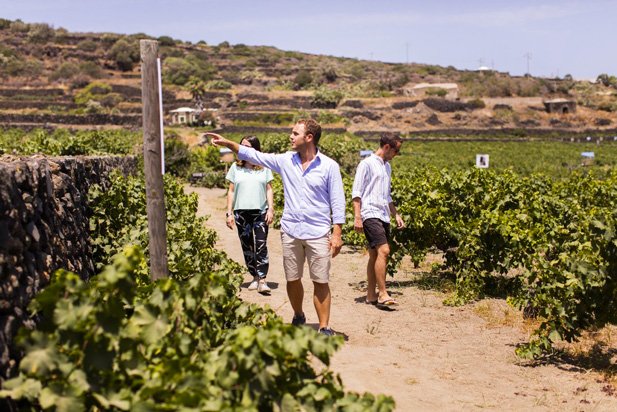 Here’s a list of the main wineries around Trapani where you can arrange to join a food and wine tour:

You can go to any website and book a visit to any of these wineries. 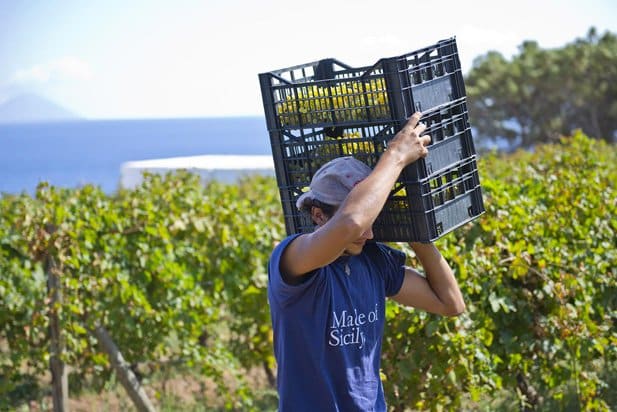 South-Western Sicily, in particular, the area around Agrigento, is a territory that has recently been re-discovered. Its ancient wine-making vocation has descended from one of Sicily’s (and the world’s) most famous wineries.

The Planeta Company has continued to experiment, introduce and revitalize native as well as non-native varietals along the coast of Menfi. These include a dazzling array of fine wines that included, Inzolia, Chardonnay, Catarratto, and Grecanico in the Whites and Nero d’Avola, Sangiovese, Merlot, Cabernet Sauvignon, as well as Syrah in the reds. 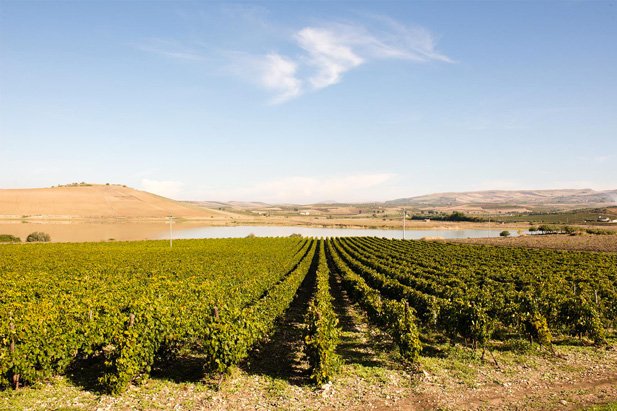 Here’s a list of the main wineries in this area that organize food and wine tours for the gourmet tourist to explore along with information about the production and other winemaking methods.

You can visit their websites for more information and make reservations.

We can thank the marriage of soil and climate for the grapes this beneficial region produces. Central Sicily has its own strong wine-production history. Here in the Butera, Ruesi, Mazzarino, and Contessa Entellina Areas, local vines are cultivates.

Here are the more important wineries in the Enna and Caltanissetta Areas that organize food and wine tours that allow visitors to explore the wines and local products as well: 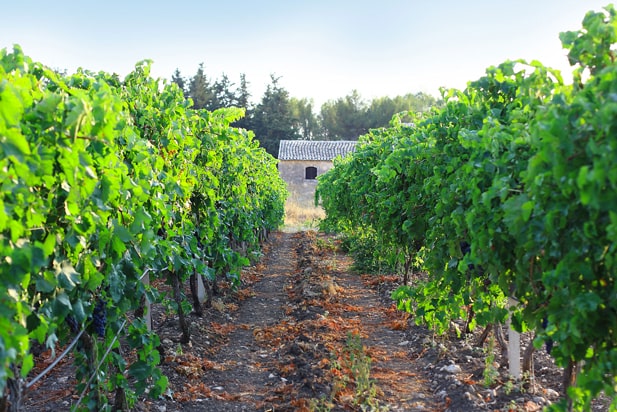 For decades, Central-Eastern Sicily has been successfully producing the oldest DOC on the island. The area of Catania, including the greater area of Etna Volcano, are home to grapes from Nerello Mascalese and Nerello Cappuccio.

The Carricante vine is cultivated exclusively on the slopes of Etna. This wine in its purest form produces the Etna Bianco DOC.

The volcanic soils combined with the microclimate and the warm temperatures meld together in such a way that they bring out the most important scents and flavors that impart the unique ‘nose’ to these wines.

Here I’ve jotted down some of the principal wineries in the area. You can visit here on their organized wine and dine tours as well as explore the different areas of production as well as the wines and typical local products.

All these wineries have websites where you may learn a great deal more as well as make reservations to visit.

Syracuse and the Surrounding Area 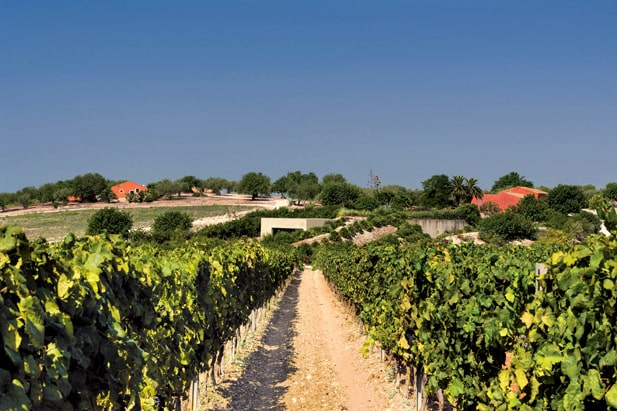 Central-Southeastern Sicily is a territory with a storied history of wine production. The Syracuse Area, in particular, produces some excellent wines. A popular and well-known wine, Moscato (Passito, sparkling wine and liqueur)is native to this region.

But that’s but one. Some other popular and distinguished wines are Eloro DOC (Frappato, Pignatello, Nero d’Avola and Pachino).

Some of the best wineries for you to visit in this area:

You can check out the websites for these companies for all your information including contact for reservations.

South-Eastern Sicily, especially in the Ragusa area, has long been renowned for its structured reds. The Nero d’Avola and Frappato grapes in this region are particularly suitable for fine wines. Result: the production of Cerasuolo di Vittoria (the only Sicilian DOCG) and Rosso di Pachino (this one obtained from the Nero d’Avola grape). 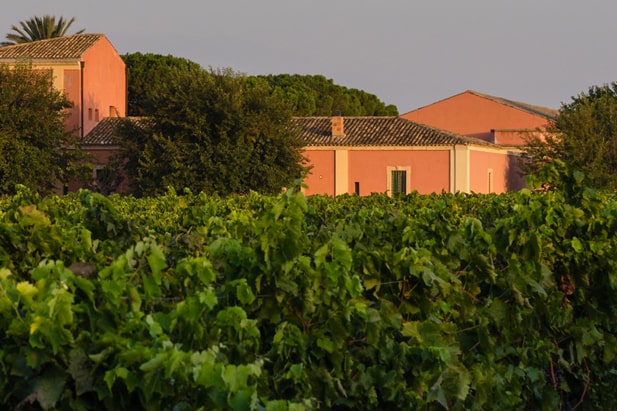 The best wineries to visit in the area:

The Messina area in North-Eastern Sicily is another great locale for vineyards and the production of the Mamertino DOC white wine, produced from a marriage of Ansonica and Grillo grapes. The reds from the Nero d’Avola grapes and Nocera grapes blend to create outstanding wines as well.

The island of Salina is home to the production of the famous sweet Malvasia delle Lipari, a passito and fortified wine obtained from grapes of Corinto Nero. In today’s market, its popular dry Malvasia it highly prized. 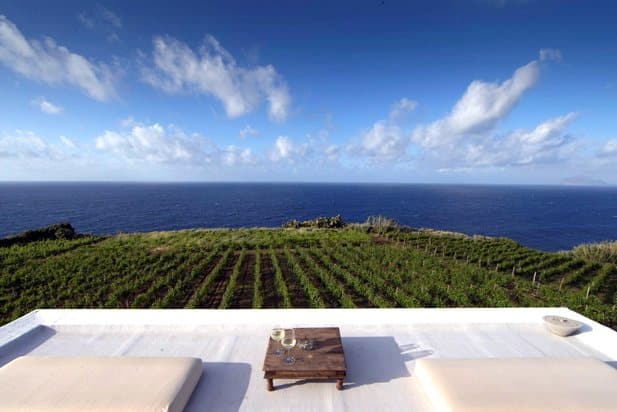 Here below I’ve compiled a list of the main wineries in the area. Some of these organize wine and dine tours to explore the typical local areas.

Reservations may be made by visiting the different company’ websites for all the information you’re gonna need and make reservations too.

Okay, I think I’ve said plenty. Everything you need to know. In case I forgot something and you have questions, just drop me a note in the comment box below and I’ll make every effort to get right back to you.

This should keep you busy until next time.