This article will try to give you some answers to one of the more controversial Sicilian characters you are likely to hear about. His name is Giuseppe Balsamo, but he will go down in history as Count Cagliostro. 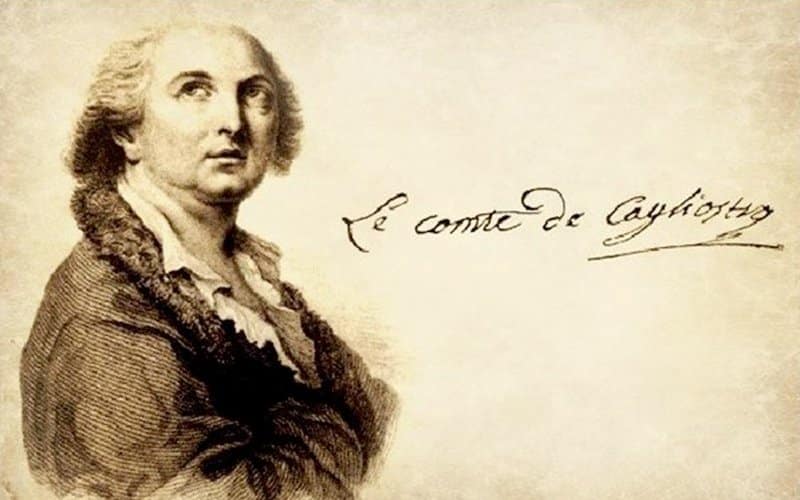 Ciao! It is your friend and full-blooded Sicilian Nico here to talk to you about another fun bit of information about my beloved Palermo and Sicily. Today, it is about the strange and bizarre characters that Palermo has become famous for throughout the centuries.

This article is dedicated to Count Cagliostro. You will hear a lot about this guy when you tour the city. He is going to be in almost every guided tour that you take through Old Town and other famous areas of Palermo.

But that’s not all.

If you were to open up a Wikipedia page about this man, there have been tons of television series, books, movies, songs, comics, and more that have been inspired by this man’s life. This includes Lupin III, the Wonder Woman series, and Marvel creations to name a couple.

Now, it is clear to see that this guy was pretty famous. The question is, why? Who was Count Cagliostro?

The amusing thing, is no one has the full or accurate answer to this question. I’ve put a lot of pieces together over the years, and I feel confident I can give you somewhat of an idea to get you started.

Ready to get going? Let’s begin.

Who Was Count Cagliostro?

If you were able to ask him now, he would have told you that he is 1400 years old and an immortal.

During his time on the earth, he has introduced himself in many ways based on his audience. He has been a magician, healer, freemason, esotericist, alchemist, and even a mythological creature at times.

But who was the count without the show? In truth, he was very little more than an experienced swindler. He was skilled in arts like forgery and his passions for chemistry and con artistry allowed him to create ingenious scams that would make him rich and famous.

Perhaps his greatest invention was a banknote printer, allowing him to wander throughout Europe without ever running out of money.

There was no full count to the amount of his victims in terms of cons, but some of history’s most recognizable names and intelligent minds would be on this list as well. He defrauded, Giacomo Casanova, the Empress of Russia, Voltaire, Marie Antoinette, Louis XVI, and even a pope.

Casanova would go on to define him as a “slacker genius who preferred the life of a vagabond rather than a laborious life.”

There were reports that he was omnipresent, that he could make items disappear, put people in hypnotic trances, persuade significant moves for groups, duplicate items, heal people, and many other unusual and sometimes otherworldly powers.

He would travel through many European cities spreading the word of the Egyptian sect. Ultimately, he would deceive many people and the following along with his rantings.

Despite the knowledge of his deceptions and cunning deceit, he would stay mostly unscathed and even celebrated on his tour of the continent and beyond. Unfortunately, he would end up imprisoned at the dark time of the Inquisition as it stationed in Palermo.

By most accounts, Count Cagliostro met his end in the San Leo fortress being walled up alive. Yet, in true fashion with the man’s life, his death remains shrouded in mystery as no one has ever managed to recover his body.

The incredible tale of his life spread (and continues to spread) long after his believed death. It has inspired multiple generations.

It boils down to two schools of thought about Cagliostro and his deceptions: either he had magic powers, or he would be one of the greatest illusionists and magicians to walk the Earth.

While you will find no shortages of media dedicated to the life and legend of Count Cagliostro, ranging from songs and poems to stories and movies, no written story can ever recount or fully visualize the magnitude of his magic and brain.

Perhaps the Count said it best when he noted, “The truth about me will never be written, because nobody knows it.”

The biggest conclusion is that while so much is believed to be known about Count Cagliostro, we still know nothing.

There is no documentation of his life or even death. He was someone who could wear many hats and blend in with any crowds around the world to go off the grid.

Sure, it seems the most likely conclusion is that he was a skilled con man, but no one can say this with absolute certainty.

His house was in Palermo and you can stop by, or to put better, walk down Cagliostro Street where he used to live. Even his house seems to have vanished into thin air to add further mystery to his remarkable tale.

Before we part ways, I should remind you about the four itineraries I put together to help you make the most of your upcoming trip to Palermo. Within these itineraries and plans, you can view a short video about Palermo featuring tips from the locals that can change your home trip. This is information you won’t find anywhere else.

Best of all, this is free information. Make sure to check it out now.

PS – Want to experience the city as a true Sicilian does? You can avoid the traps and scams that waste your money by checking out our comprehensive guide on Sicily and Palermo, The Sicilian Way.

I am a 100%, authentic, full blooded Sicilian loves Palermo like Romeo loves Juliet. I will talk obsessively about this city and I know every part intimately. I know all of Palermo secrets. I want to share with you everything great about this city, but I will not hide its flaws. After all, love is made out of flaws as well.